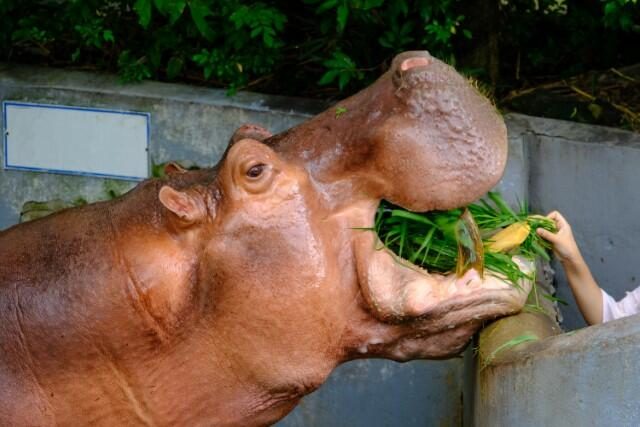 For anyone with a passion for animals, a zookeeper assistant position promises a lifetime of working closely with animals of all types, and the job is an engaging and important one.  But what is it like?

Unlike zoos of the past, which existed almost solely for the entertainment of humans and which were notorious for neglecting the emotional well-being of animals, today’s zoos fulfill several critical roles.  True, they do still provide recreation for the public, but it is recreation enhanced by education.  Zookeeper assistants often serve in this function, acting as the public face of an institution, speaking to groups of visitors, giving tours, monitoring behavior, and offering information.  For a zookeeper assistant, it’s not just about caring for animals; good customer service skills are a must.

Zookeeper assistants play roles in other critical areas besides education, including conservation (especially focusing on habitat preservation), research, and captive breeding programs.  Zoos stand on the front line in the war for species preservation.  Almost three dozen animal species that are considered extinct in the wild are being bred in zoos around the world, and zookeeper assistants have a part in saving them!

A Day in the Life of a Zookeeper Assistant

On a daily basis, zookeepers and their assistants must feed and water animals, attend to any physical ailments, move animals from nightly enclosures to daytime habitats, clean enclosures, care for baby animals, keep daily reports, interact with the public, monitor the animals in their charge, and train animals.  Training does not involve teaching an animal to do tricks so much as it involves teaching an animal to participate willingly in routine care.  For instance, it can be very stressful for animals to be handled by humans.  Learning to lift a paw or hoof for daily inspection, for example, helps both the animal and the zookeeper.

The Role of a Zookeeper Assistant in Animal Enrichment

One of the most challenging and creative tasks facing zookeepers and their assistants is animal enrichment.  For their emotional and mental well-being, animals in captivity need the chance to act as they would in the wild.  If they remain cooped up in an environment that in no way resembles their natural habitat, if they have all of their physical needs met by humans with no effort on their part, and if they have nothing to occupy them, zoo animals can become bored or stressed.  So zookeeper assistants have the fun job of daily enriching the lives of the animals they love–and this means getting creative!  Enrichment can involve giving animals the chance to forage for food, providing scents to challenge them, offering toys or food puzzles, and changing up their habitat with such things as rope ladders, new plants, or “furniture,” like crates or boxes.  In order to be successful at enrichment, a zookeeper assistant really needs to understand and closely observe the animals in his or her care.

There are a lot of animal lovers out there, so zookeeper assistant positions are highly sought after.  Without experience or education, the likelihood of scoring a job is slim.  You might think about volunteering at a zoo to gain some experience.  You could also earn your zookeeper assistant certification, which will give you an even greater advantage, indicating to potential employers that you have a solid background and are serious about working in the field.

Zookeeper assistant curriculum includes, among other topics, courses in animal health, behavior, training, breeding, nutrition, safety and habitat.  You can earn your certification online in approximately eight months and be ready for life in the zoo!  What a perfect fit for those with a passion for helping animals.